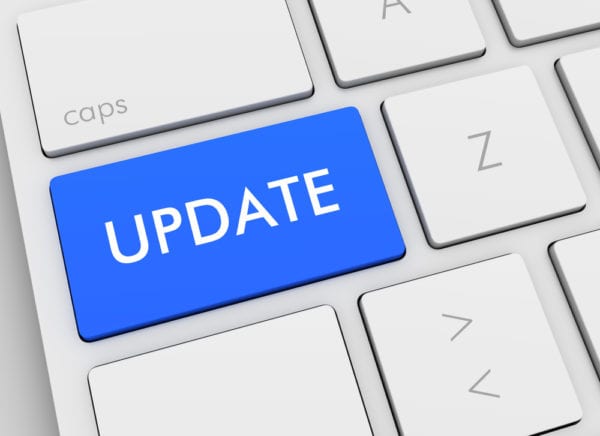 Historically, maintenance has been viewed as a necessary evil that, while valuable, costs the company money. Although some organizations may still hold this idea to be true, many companies today regard maintenance as an essential part of business operations that has an impact on the bottom line. What accounts for the change in thinking? To find our answer, let’s take a quick look at how maintenance has changed over the years.

The Second Industrial Revolution started in the United States during the mid-to-late 19th century. During this period, new discoveries and innovations drove manufacturing forward. The discovery of electricity meant that factories could stay open longer and electricity-driven machines could produce products at a much larger scale. Factories continued to replace people with machines, and Henry Ford’s assembly line further strengthened mass production. Maintenance teams became slightly more proactive and used a basic time-based maintenance (TBM) strategy which involved replacing parts at specific time intervals, whether it was needed or not.

In 1939, conflict was spreading throughout Europe and Asia, setting the stage for World War II. Factories in the United States were being converted from producing consumer goods to producing war materials to support Great Britain and other American allies. After the attack on Pearl Harbor in 1941, President Franklin Roosevelt set aggressive goals to out-produce and overwhelm the Axis Powers. As millions of Americans entered the military, their positions in the workforce were taken by millions of women, minorities, and other citizens.

Besides becoming combat pilots, many women started working for military support services, including aircraft maintenance. As the needs to maintain and fix military vehicles and manufacturing equipment became a priority, maintenance started to become an independent function. The United States Department of War even recruited skilled mechanics and technicians from machine manufacturers, such as John Deere, to serve as a military maintenance units that kept combat equipment in working order.

Following World War II, war production converted back to domestic goods as soldiers returned home from the battlefields. The strong, post-war economy kicked off the baby boom in the United States, and thriving markets became more competitive. To stay ahead of their rivals, manufacturers sought to increase their production which meant that maintenance costs would also grow if nothing changed. In response, factories began to put more effort into preventive maintenance activities. Meanwhile, the industrial rebuilding of Japan gave birth to the concept of total productive maintenance, where small groups of workers were responsible for performing routine maintenance on their own machines to keep the equipment in top operating order.

Building on the concepts of RCM, maintenance strategies in the 1990’s began using the concept of risk when making maintenance decisions. Risk-based maintenance (RBM) seeked to optimize maintenance resources by prioritizing the risk of failure, with high-risk assets being subject to more intensive maintenance programs. The early ‘90’s also saw the expansion of personal computing, which made CMMS solutions more affordable for medium-sized companies. Microsoft Access® and Excel®-based maintenance management became common. Although many companies still rely on these systems, there are more powerful options available today.

Advancements in computing and information technologies into the 2000’s further impacted the way maintenance was performed and managed. CMMS systems could now be hosted on the cloud and accessed over the internet. Low-cost subscriptions and minimal IT requirements made cloud-based CMMS attractive to, and more affordable for, small businesses. Improved wireless and mobile technology made it possible for organizations to access their CMMS from internet-connected smart phones, tablets, and laptop computers.