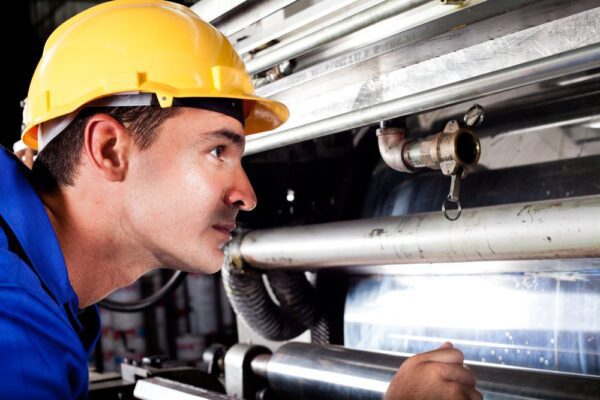 What are Failure Codes?

A failure code, sometimes called problem a code, is a value used to uniquely identify a type of failure and is often found in a computerized maintenance management system (CMMS) or enterprise asset management (EAM) software. In earlier generations of CMMS software, asset failures were commonly codified using short alphanumeric acronyms or abbreviations. Because modern CMMS solutions are more powerful and can handle much larger amounts of data, failure “codes” are commonly alphanumeric codes supplemented by a longer-form description.

Where are Failure Codes Used?

Failure codes are used in maintenance management and asset management software for asset failure tracking. Technicians apply failure codes to work orders to show that a certain type of failure occurred. This may occur at the time the problem is reported or discovered, or when the work order is closed.

Organizations using a CMMS with a maintenance request portal may include an input field for failure codes on the service request form. Doing so allows requesters to feed failure information to the maintenance team, allowing technicians to plan ahead before going out for a repair.

Why Use CMMS Failure Codes?

There are many reasons organizations use CMMS failure codes.

Technicians may describe problems inconsistently on work orders. One technician may report a problem as “too hot”. Another might describe it as “overheated”. A third technician might observe the issue as “high temp”. While each of these descriptions might be understood to describe the same problem, there is not common data from which to compile the information. Failure codes standardize data entry and provide a defined set of values on which to search, sort, and filter failure records in a CMMS.

Without the use of failure codes, maintenance managers would need to review all work orders or maintenance records individually in order to identify equipment failure trends. While CMMS software might help parse through some data, results may still be incomplete.

From an asset performance tracking perspective, failure codes provide common data on which to filter data or run CMMS reports. For example, a report might bring attention to how many times a specific type of failure has occurred on a given asset. A Pareto chart report might reveal which asset failures account for the most maintenance work, providing a starting point for reevaluating preventive maintenance schedules.

Identifying failure records with failure codes is required by some regulatory standards. For example, organizations in the oil and gas industry following the ISO 14224 standard are required to collect, at a minimum, the following failure data:

This information is collected to improve the safety, reliability, and maintainability of oil and gas assets. However, similar requirements can apply to other industries.

Learn how a CMMS benefits your industry

Failure tracking is a critical component of more advanced failure analysis. For example, industries with rigorous maintenance tracking requirements use failure codes for failure tracking strategies such as:

While failure tracking is beneficial, tracking failures alone provides limited value. Each of the strategies above involves analyzing asset failures by tracking the failures themselves, reasons why the failure happened, and what was done to resolve the issue. Using failure codes with cause codes and remedy codes paints bigger picture of asset failures. Cause codes and remedy codes are each covered in their own articles in this series.

The information on which to base failure codes originates from a number of sources. In organizations that do facility or property management, codes may be derived from building automation system (BAS) software with built-in alarm codes. In manufacturing environments, automated machines may have failure codes built into the PLC or HMI system. Standards organizations such as the Society of Automotive Engineers (SAE) or the American Society for Quality (ASQ) also provide universal standards that include recommendations for failure codes or failure code creation.

With asset-based failure codes, each asset is assigned a set of failure codes relevant to the asset class or unique asset. One advantage to this approach is that, if the CMMS supports it, technicians will only be required to choose from a limited number of failure codes specific to the selected asset. A disadvantage is that those in charge of creating failure codes will need to create them for every asset or asset class.

Below is an example of an asset-based failure code list for a valve. Note that this list is not exhaustive of all types of valve failures.

An advantage of inspection-based failure codes is that they are easier to set up than asset-based failure codes, and can be applied universally. However, more supplementary detail must be entered into the CMMS for them to be valuable.

Below is an example of an inspection-based failure code list. Note that this list is not exhaustive of all types of equipment failures.

The goal of developing failure codes is for CMMS users to be able to easily identify and track asset failures on work orders. Keep the following best practices in mind when constructing failure codes: